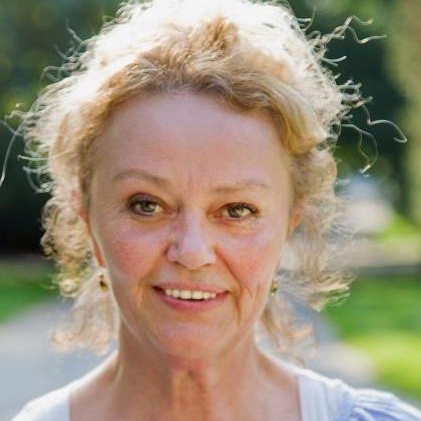 Salila Fuchs holds an M.A. degree in Political Science and English literature. Before she met the Indian mystic Osho, she was working as high-school teacher in Germany. In 1983 she became a disciple of Osho, and her life changed profoundly. In Oregon, USA, where Osho built a commune, she was trained in the bodywork called Rebalancing (1984). Ever since she has been giving sessions in Rebalancing, and started also to run groups and workshops in bodywork. Eventually she became one of two main instructors in the Rebalancing training in the resort in Poona, India along with Neeten, and also ran trainings in different countries around the world.

Alongside with her work as a Rebalancer, she was also trained in Pulsation Breath Work, (1986). Her teacher, Aneesha, was trained by Charles Kelly, a student of Reich. Finding her passion in bodywork, Salila combines breath, deep touch, psychology and meditation to work with people and their issues for not only a better understanding of body issues, but towards more consciousness in their lives. Since more than 28 years now, she has been working as an Osho therapist, doing groups and workshops and trainings all over the globe.

Atma Silvia Bök is a certified Rebalancer since 2011 and works as well as an international NLP- Master since 2008, supporting and guiding her clients through difficulty conflicts or life situations to gain a better quality of life again and freedom with the past.

Rebalancing bodywork is a passion of her, it is a powerful method of self discovery and transformation – to get in deep touch and deep connection with yourself again. Her gratitude belongs to her teachers Salila Fuchs and Neeten Manfred Hendrich, which educated her at the baltic sea in Rebalancing bodywork in Parin 2010/11.

While working in the accountancy for 13 years in Germany, Atma Silvia found her passion for life coaching and bodywork in 2003. After 7 years education in nature medicine, massage therapy  (Hot Stone, Wellness, Sport, lymphatic and Reflexologymassages),  NLP Master, Reiki Master and Rebalancinig training, she started her own business ‘rebalance your life’ in 2011 in Germany in Celle and later in Berlin.

Atma Silvia moved 2015 to Iceland (Akureyri) where her practice includes individual sessions in Rebalancing, joint release and Neoreichian bodywork, Reiki treatments, coaching with NLP (Neurolinguistic programming) and family constellation. She leads meditation groups since 2012 and assisted Rebalancing trainings at the baltic sea in Germany and in Switzerland. In collaboration with Salila Eleonore Fuchs she started to build up Rebalancing bodywork trainings in Iceland nearby Akureyri and in Reykjavík. From January 2023 Atma Silvia will offer the next trainings in Reykjavík/Laugarvatn and in Akureyri as well. More informations here!